CMMN GRND, located in Olympic Village, is a fitness and social wellness collective with a 3,600 sqft space that intentionally empowers and uplifts the communities it serves. It’s manifesto is made up of 3 parts:
The design for the space was to create more of a gathering place than a gym – you know those typical black and white fitness studios with heavy weights and mirrors everywhere? CMMN GRND was designed to be completely different!
First, the House of Bohn team took cues from a retro 70’s mid century modern living room to create the foundation of the design. Walnut can been seen in the reception area and retro brass lighting is sprinkled throughout the space giving the studio an immediate feeling of warm nostalgia rather than a competitive spirit.
There is only one washroom area. This was planned intentionally to bring people together rather than separate the two genders or alienate those that don’t identify with either. In this case, private stalls, showers and change areas are accessible. One main washroom space emphasizes community and togetherness. It might be a radical ideal for a gym, but once you experience it, we can say first hand how comforting it actually is.
The yoga studio has a 70’s inspired stone wall, reinforcing the warm nostalgia of your grandparents basement, and the lights are often dimmed during practice to encourage students to go within rather than hyper focus on their bodies. The dim lighting fuels a deep mind-body connection leaving you feeling energized and positive rather than super physically self-focused in the mirrors.
The spin studio is the star of the show. With dark black walls, ceiling and floor LED lights that change to the beat of the music and spin instructors that are on stage like performers and students leave as charged as they would a great concert.
Materials used throughout CMMN GRND are terrazzo, walnut, stacked stone and brass accents along with beautiful colors such as yellow, orange and teal. 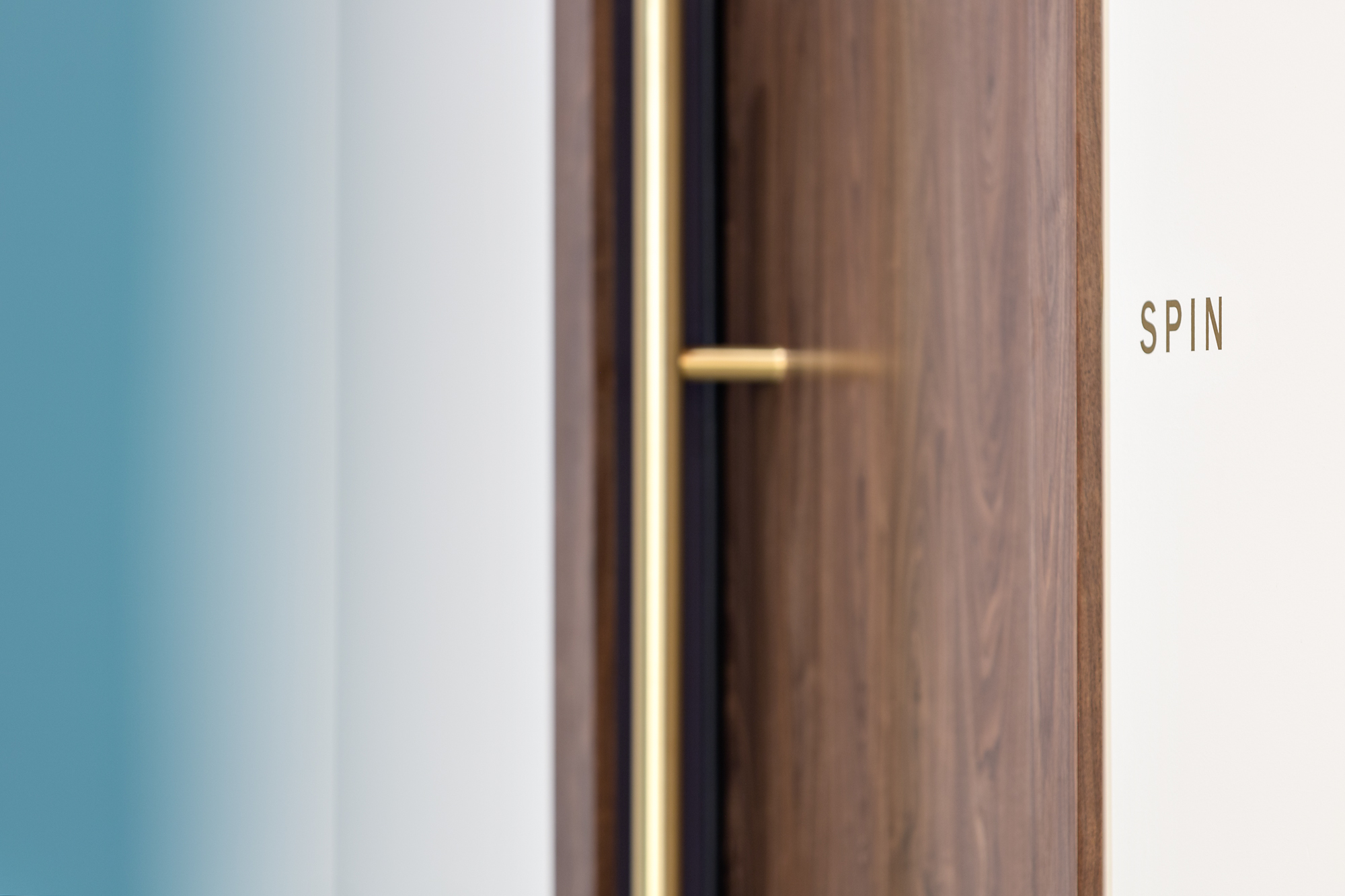 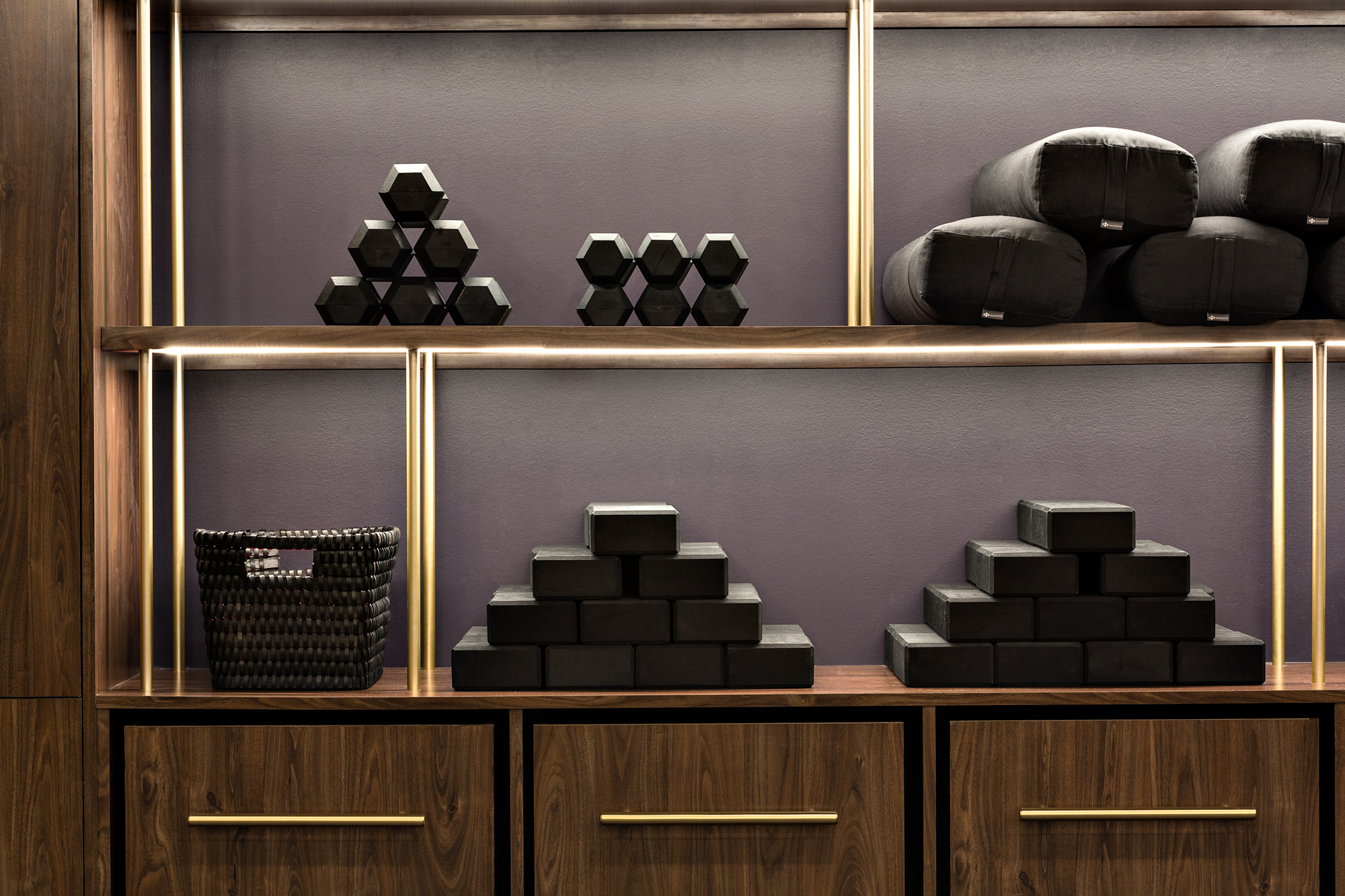 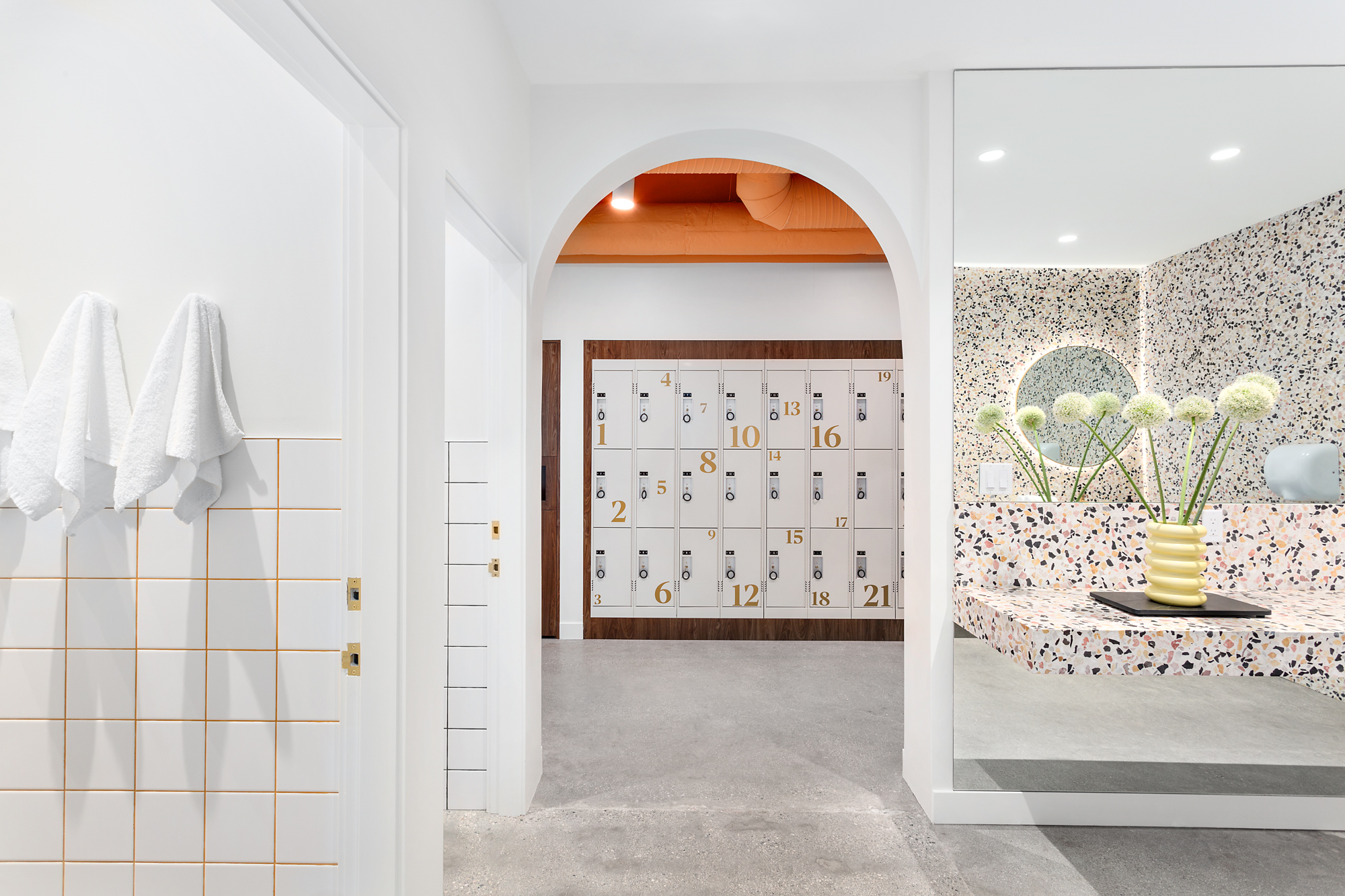 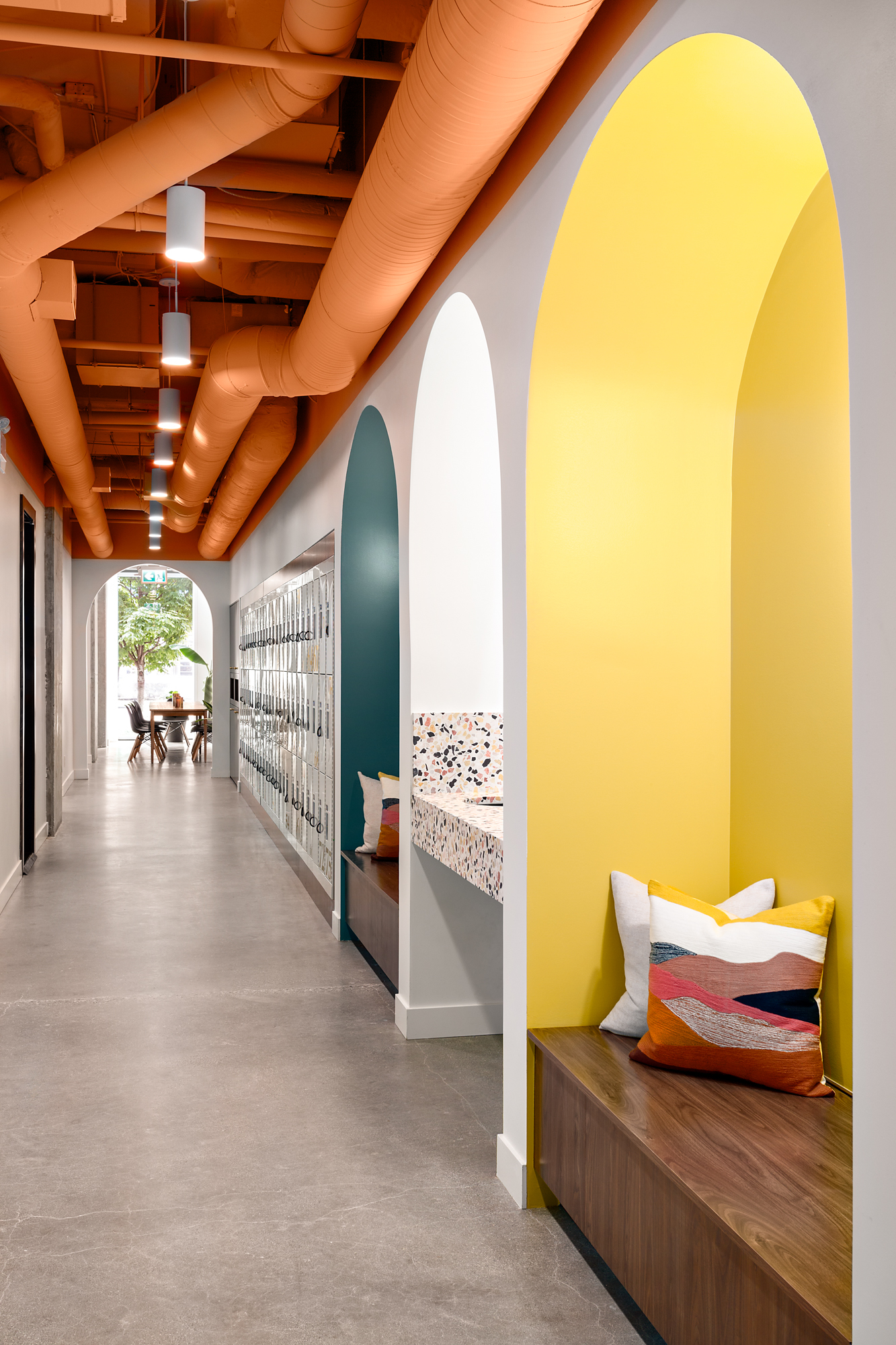 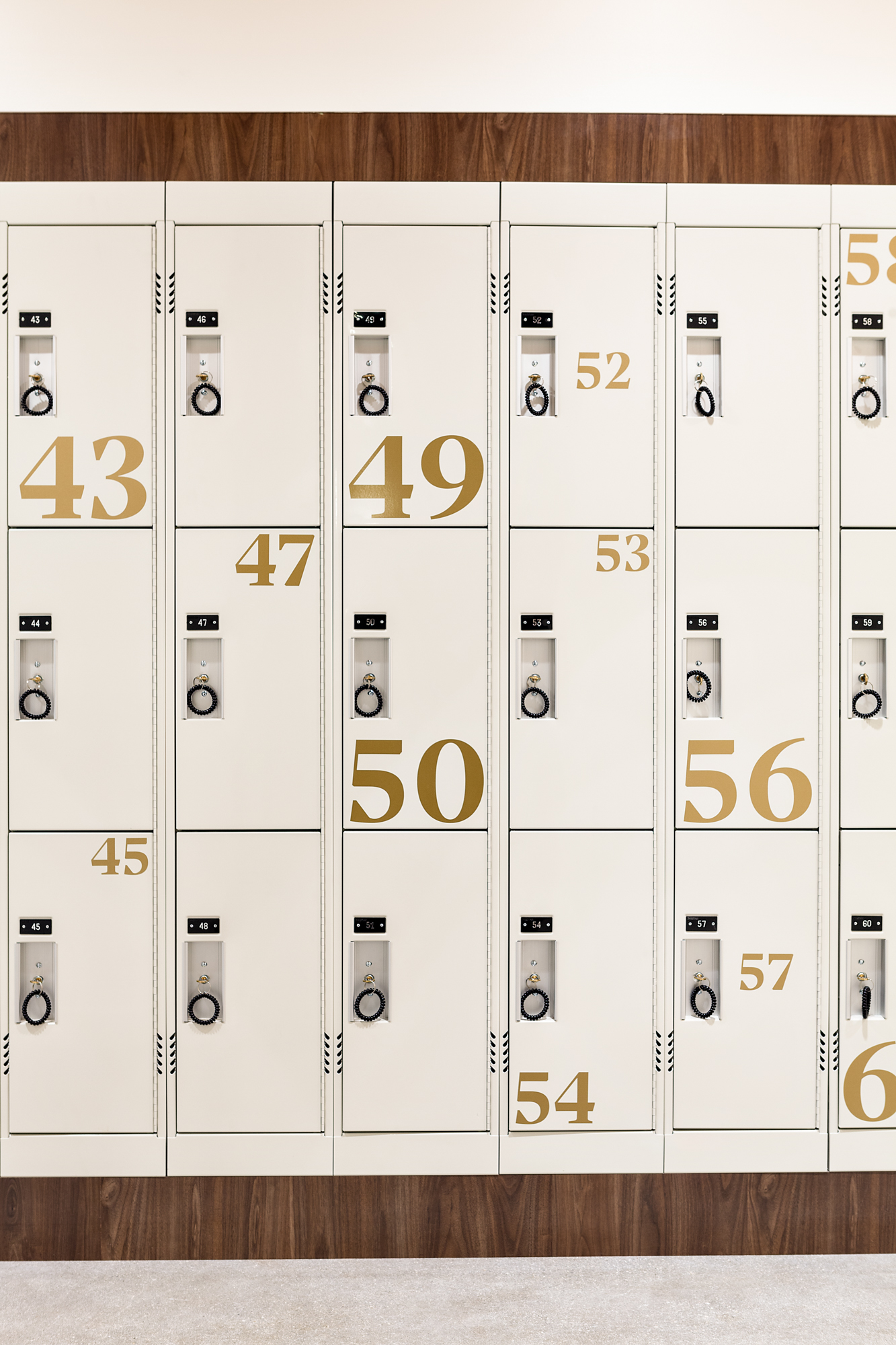 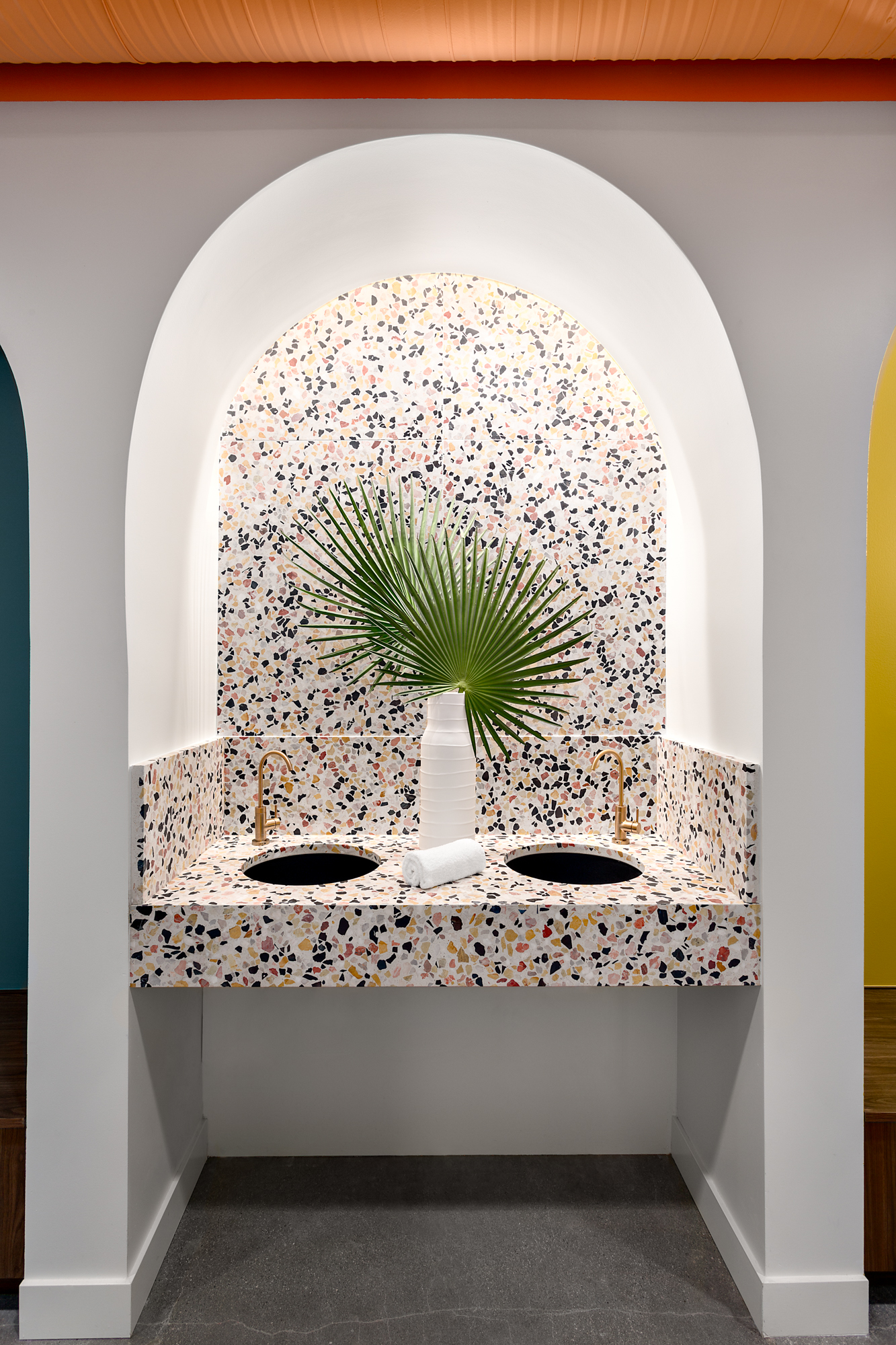 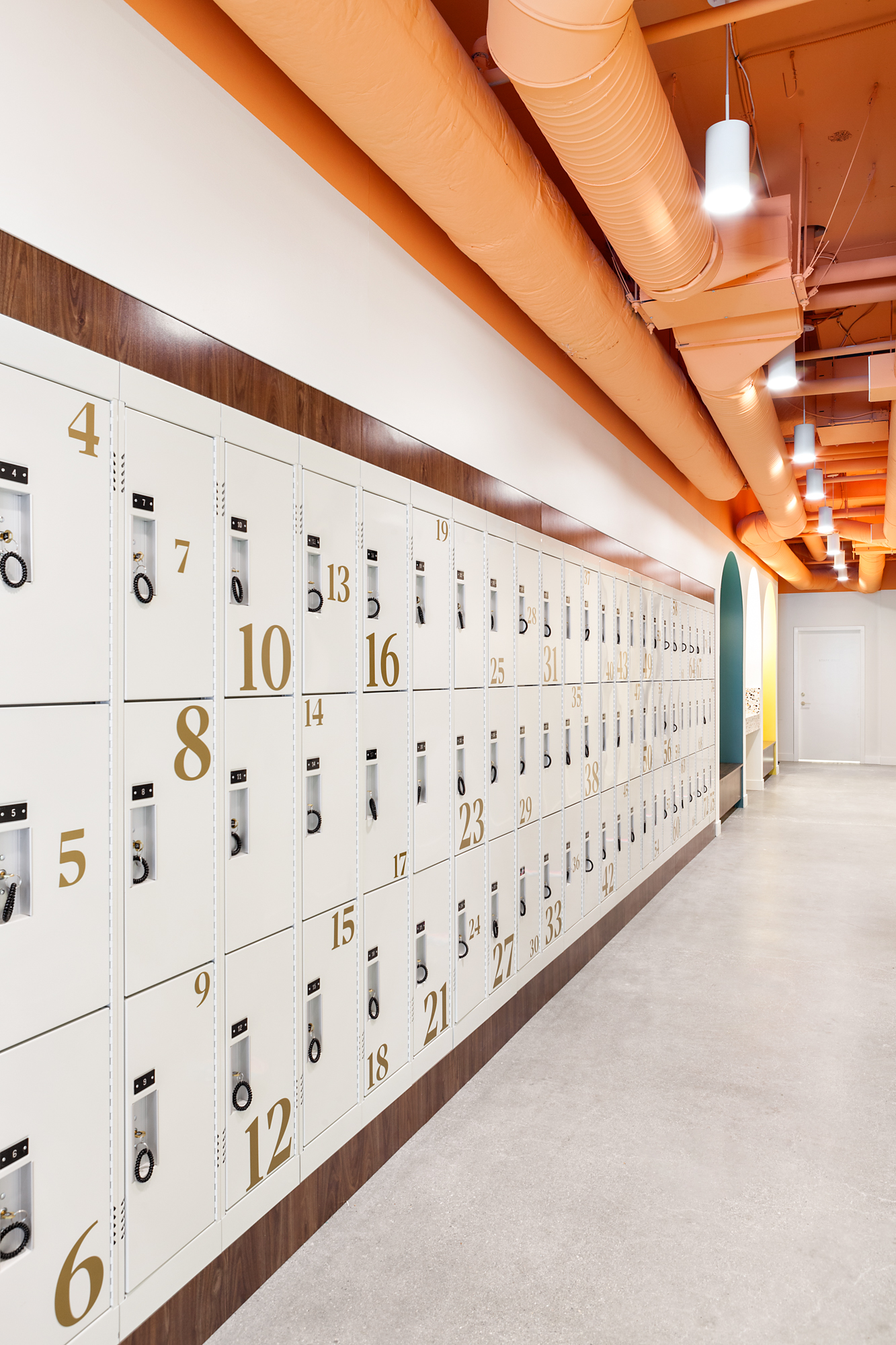 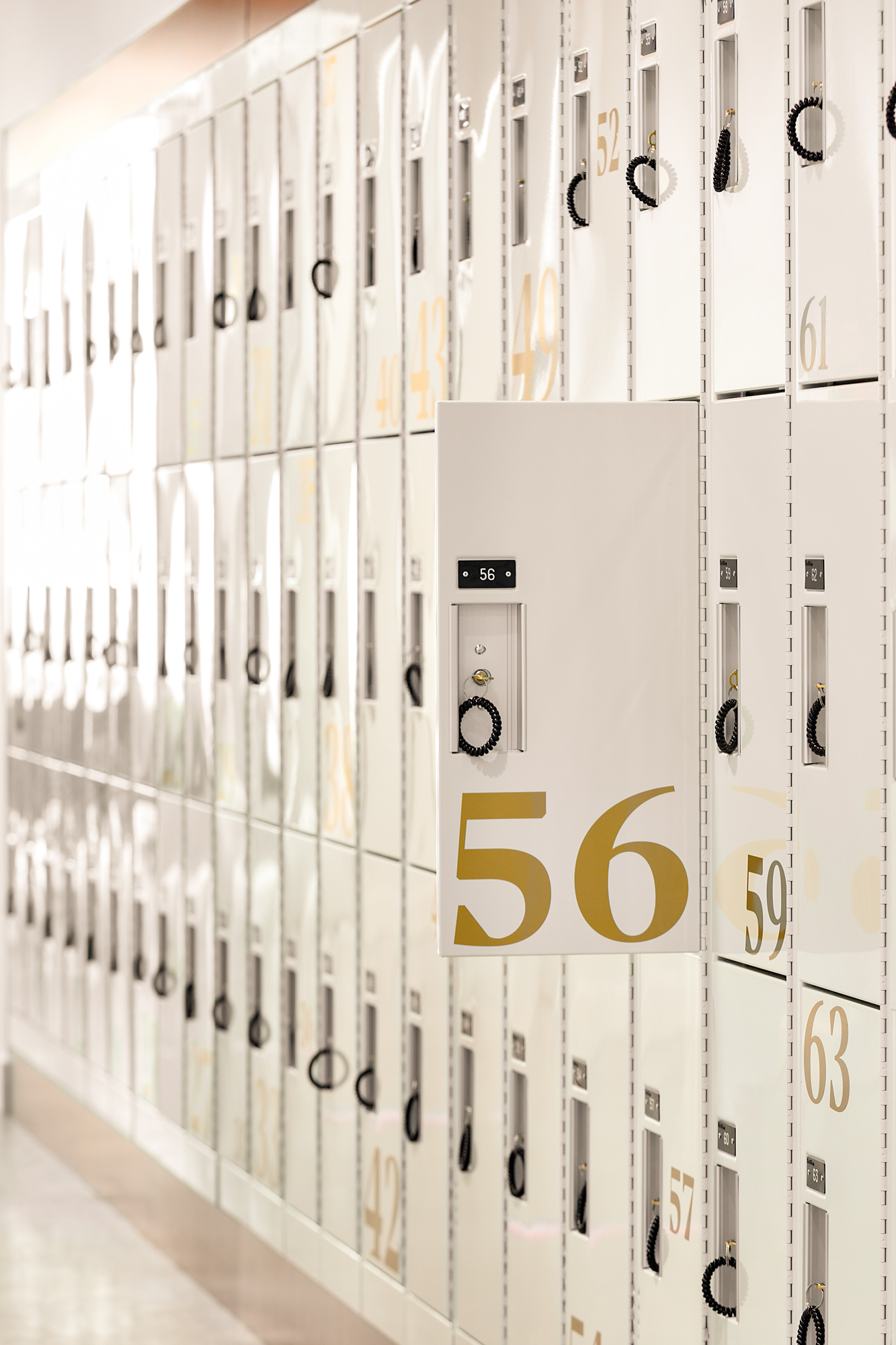 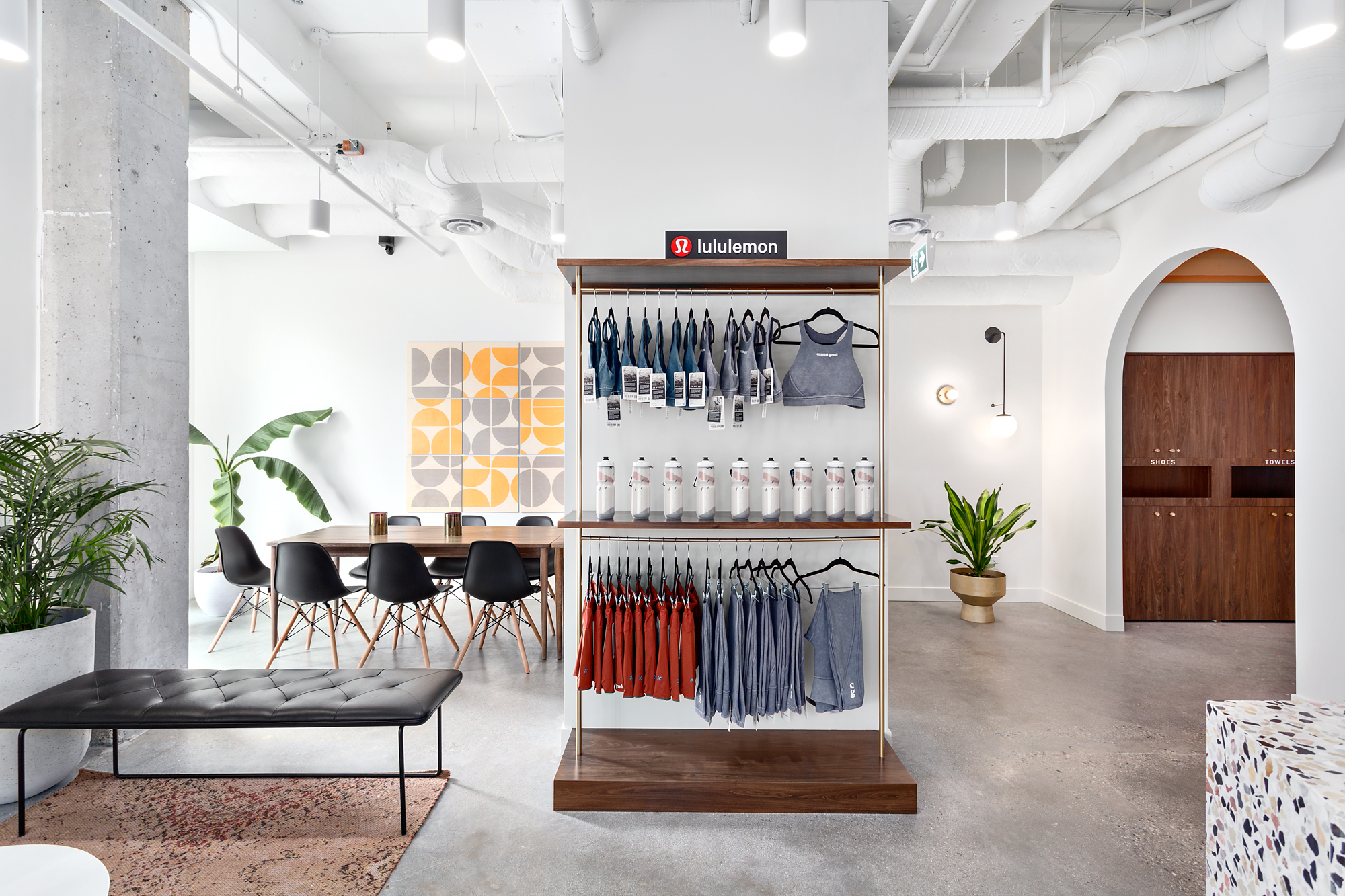 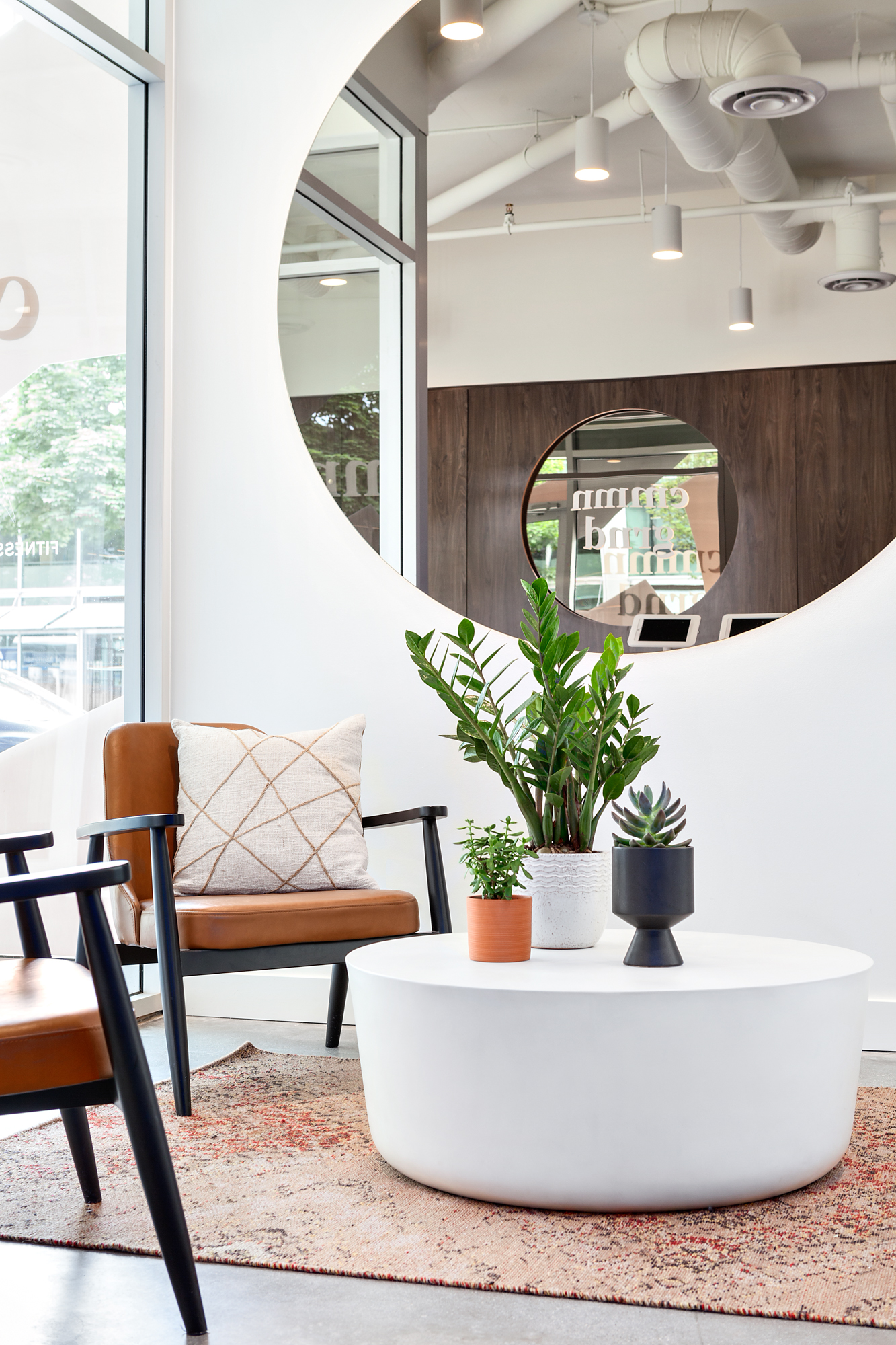 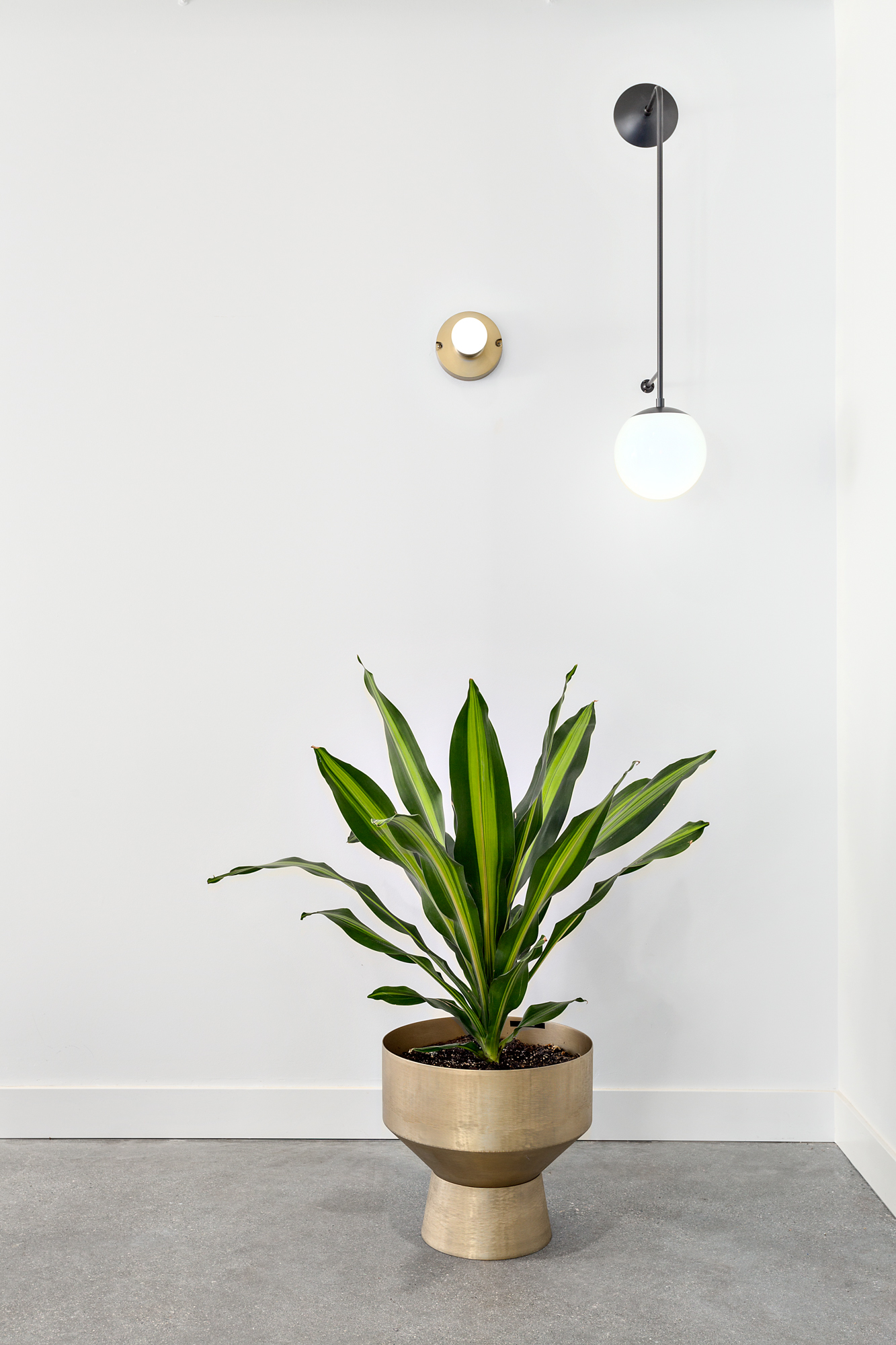